The Chesapeake Climate Action Network has launched a weekly policy update about efforts to advance “cap and dividend” legislation in the U.S. Congress. The fight for this climate policy is currently being led on Capitol Hill by Senators Maria Cantwell (D-WA) and Susan Collins (R-ME). Last December these Senators introduced the Carbon Limits and Energy for America’s Renewal Act, or CLEAR Act. Learn more at http://www.supportclearact.org.

Week of April 4-9: The week began with an editorial in the Washington Post calling upon Congress to pass climate legislation which auctioned off 100% of the emissions permits and rebated most of the revenue directly to Americans, two key components of the CLEAR Act. Bill McKibben weighed in with an extensive analysis in The New Republic on what is happening in Congress and why he supports the CLEAR Act. For not the first time since the health care legislation was passed, there were clear signs that the Obama administration is pushing hard to pass comprehensive climate legislation, and a former Senate staffer predicted that if it looks like the Kerry/Graham/Lieberman bill-writing process is not going to attract enough votes to pass, Majority Leader Harry Reid may be willing to bring the CLEAR Act to the Senate floor if its chances look better. And a network of organizations supporting the CLEAR Act announced that there is a continually-growing list of 43 groups that have signed onto a CLEAR Act support statement.

Articles in This Weekly Report:

1) Washington Post editorial, April 5, 2010: How Congress can get a smart climate-change bill passed

“It would be more efficient to allow prices to rise, sending a strong and clear signal to consumers that encourages energy conservation, one of the least onerous ways to cut back on emissions. Though energy prices would rise, the 100 percent auction option need not hurt most Americans’ budgets; Congress could rebate most of the revenue from allowance auctions directly to Americans, making the vast majority of them whole — or better. Cutting a check to every one of your constituents: Now there’s something lawmakers straddling the fence on climate-change legislation should be able to cheer.”

2) Bill McKibben in the New Republic: Bringing the Heat

The New Republic has just published an extensive article by 350.org leader Bill McKibben reporting on and analyzing what has been happening in Congress. In the article McKibben makes clear his preference for the CLEAR Act compared to the other options. He asks, “why is Bill One [Kerry/Graham/Lieberman], the porky kludge, viewed as ‘serious’ and ‘realistic’ and the center of the action, while Bill Two [the CLEAR Act] barely gets a mention? One answer I heard from half a dozen people on both sides of the issue was surprising: ‘They’re women.’ One would hope, in Nancy Pelosi’s Washington, that this isn’t actually the cause. But what do I know? The even scarier, and probably even truer, answer is that Bill One, Kerry-Graham-Lieberman, is seen as serious precisely because it’s weighed down with a thousand compromises.”

For the full article go to: http://www.tnr.com/article/politics/bringing-the-heat

3) From E&E TV (transcript): Former Trent Lott and Jeff Bingaman staffers on the lay of the land in the Senate

Toward the end of this interview with two former U.S. Senate staff members, Dave Hoppe and Patrick Van Bargen, they are asked what they expect to happen as far as climate legislation in the next month or so. Van Bargen answers, “If Senator Graham can say I can deliver the following number of Republicans, we’ll know whether we’ve got a bill that actually has a shot. If he can’t, Senator Reid may go to Senators Cantwell and Collins and say do you have any Republican votes? And, if they do, then he might proceed with that and then if those aren’t there, then I think he probably defaults to the Bingaman energy bill.

For the full transcript of the interview go to: http://www.chesapeakeclimate.org/detail/news.cfm?news_id=1225

4) From Environmental Leader: Why Congress Should Take a Clear Approach to Climate Change

Writer and consultant Andy Mannle, writing on the website, “Environmental Leader: Energy and Environmental News for Business,” writes favorably about the CLEAR Act: “This simple, honest approach effectively blends the engines of the free-market with the guiding hand of government and has broad support from environmental groups, energy experts, and free-market advocates. It supports the energy and efficiency of entrepreneurs, and also helps carbon-intensive industries wean themselves off fossil fuels while remaining economically competitive. The bottom line is that we all pay the costs of an economy based on carbon. These costs take the form of high energy prices; the destruction caused by extracting and refining fossil fuels; the cancer and asthma of burning them in our cities; and the potentially devastating impacts on global agriculture of carbon-induced climate change. It turns out that instead of paying all those carbon costs, we can get paid by avoiding the carbon in the first place. It doesn’t get more “CLEAR” than that.”

For the full article go to: http://www.environmentalleader.com/2010/04/07/why-congress-should-take-a-clear-approach-to-climate-change/

The latest indicator of the Obama administration’s prioritizing climate legislation now that a health care bill has been passed came on April 6th. Speaking at the annual conference of the Energy Administration Agency were Secretary of Energy Steven Chu and Lawrence Summers, director of the National Economic Council. In the Plain Dealer’s words, “The nation’s fate depends on passage of comprehensive energy legislation, key members of the Obama administration said Tuesday.  ‘In the long run, it will take a new way of thinking to begin growing again,’ he [Summers] said. ‘As this economy recovers . . . it becomes essential that we think about a nation with a stronger foundation for prosperity than the one we inherited, one in which we invest more and consume less, that we technology engineer more and we financially engineer less,’ he said.

For the full article go to: http://www.cleveland.com/business/index.ssf/2010/04/energy_conference.html

6) Sign-on Statement: The Importance of the CLEAR Act

A growing national network of organizations around the country that has been working in support of the CLEAR Act is circulating a sign-on statement, The Importance of the CLEAR Act. As of this writing, 43 organizations have signed on. The statement begins: “We are pleased that the CLEAR Act–the Carbon Limits and Energy for America’s Renewal Act, S-2877— has been introduced into the U.S. Senate and is gaining interest and support. This legislation, introduced by Senators Maria Cantwell (D-Wa) and Susan Collins (R-Me), will help solve the climate crisis while growing our economy and helping working families prosper. It is simple, fair and built to last.”

To see the entire statement and the list of signers go to:  https://salsa.democracyinaction.org/o/423/images/CLEAR Act sign-on.pdf 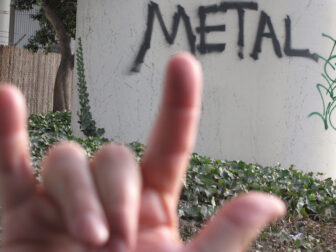 The Tale of the Loud Neighbor: An Argument for a Tax on Carbon