ANNAPOLIS — Earlier this week, GenOn Holdings, Inc. announced that it plans to retire units 1 and 2 at the Morgantown Generating Station by June 2022, five years earlier than the company previously announced late last year.

For 50 years, working families in Charles County have been made to bear the economic, environmental, and public health costs of living next to a dirty polluting coal plant, which continues to be a significant source of toxic water pollution and smog-forming pollution. The retirement of Morgantown will help put an end to GenOn’s discharges of arsenic, selenium, and mercury into the Potomac, as well as emissions of harmful sulfur dioxide and nitrogen oxides. Small peaking units that burn oil and run infrequently will remain online.

The company attributed the decision to retire Morgantown on an accelerated timeline to “unfavorable economic conditions” and the cost to properly bring the plant into compliance with federal environmental laws. Ever more affordable clean energy generation and the pressing need to address the climate crisis have helped drive the coal industry’s decline nationwide.

“The announcement that GenOn will accelerate its retirement of the coal burning sections of the plant brings final closure to a past era of reliance on fossil fuels. Our community is committed to cleaner energy and developing a path forward that protects our environment while opening the door to an enhanced quality of life for our residents. We will work closely with GenOn to safely close it down and develop a remediation plan that will provide opportunities for future revitalization of this extraordinary waterfront location in Charles County.”

“Morgantown once received a D letter grade from the NAACP in the Coal Blooded report for its abysmal environmental record, so we’re thrilled to see the closure even earlier than scheduled. Now, we can start the healing process and begin rebuilding a healthier and cleaner source of economic activity in our county that will truly benefit us all. With the early closure, we want to ensure that environmental justice includes proper clean up of the Morgantown facility and most importantly, proper employment transition for the employees affected.”

“The Morgantown plant has been discharging selenium, mercury and arsenic to the Potomac River for decades, poisoning fish and people. Closing Morgantown’s coal units will be good for the river and communities nearby, but we need to make sure that any closure plan includes requirements to clean up legacy contamination at Morgantown that could continue to pollute the environment long after it’s closed.”

“Today, we celebrate with the community leaders who fought against coal pollution for decades. This news means five fewer years of burning coal and polluting our air and water. However, this accelerated time frame underscores yet again the urgency of having a transition plan in place for workers and communities that have depended on the plant’s revenues and that have borne the brunt of harmful pollution for decades. Companies like GenOn can decide when it is most advantageous for their bottom line to pull the plug on a plant. Policymakers have vanishingly few excuses to establish a timely transition plan off coal and to clean energy that supports our communities, protects residents from further pollution burden, and promotes good union jobs for impacted workers.”

“The coal units at the Morgantown plant have been discharging toxic pollutants into the air and water for decades. GenOn’s decision to retire these burners earlier than expected is good news for nearby communities and the climate. Now Maryland and the U.S. government need to find a way to fast-track the development of industries like offshore wind that can provide clean energy and good-paying jobs.”

“This announcement is very good news for the people who live near the coal plant who have been living with pollution from this plant for far too long. It’s also good news for the climate. Last month, we learned that the amount of carbon dioxide in Earth’s atmosphere reached the highest levels in human history. We must implement a just transition to clean energy immediately to avoid the worst impacts from the climate crisis we’re in.”

About the Sierra Club

The Sierra Club is America’s largest and most influential grassroots environmental organization, with more than 3.5 million members and supporters. In addition to protecting every person’s right to get outdoors and access the healing power of nature, the Sierra Club works to promote clean energy, safeguard the health of our communities, protect wildlife, and preserve our remaining wild places through grassroots activism, public education, lobbying, and legal action. For more information, visit www.sierraclub.org. 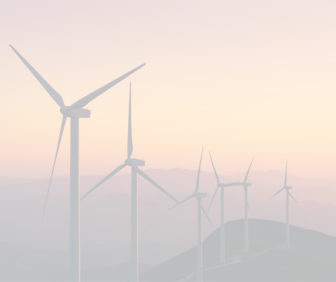