Thank you to our sponsors and supporters!

Click below to watch a video of our story. .. 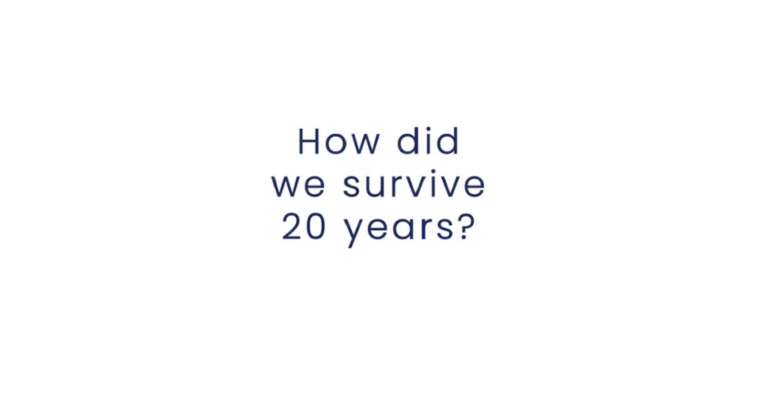 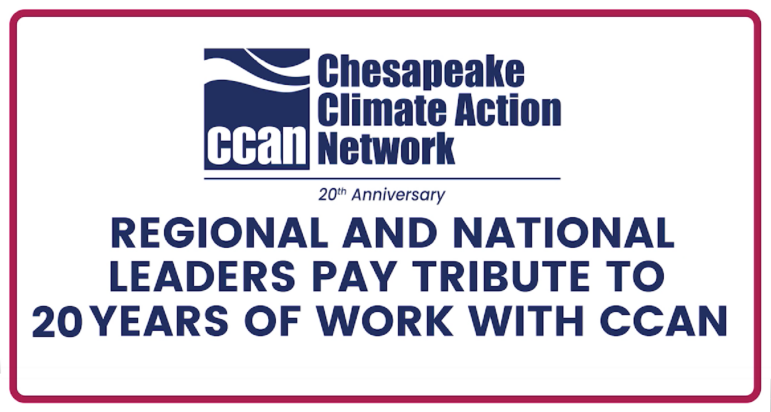 In 2002… CCAN was founded by our executive director Mike Tidwell at his home in Takoma Park. Now, we’ve grown to a staff of 25 with offices in Takoma Park, Richmond, and Norfolk. We run dynamic, hard-charging campaigns for clean energy in Maryland, Virginia, West Virginia, Washington DC, on Capitol Hill, and beyond.

Over the decades, CCAN has helped create a growing network of allies to keep fossil fuels in the ground and support climate justice. We’ve established an advocacy group called the CCAN Action Fund to engage legislators and candidates on top issues. And we’ve achieved many amazing victories — see below — redoubling our efforts each year at the local, state, and national levels. We’re building a people’s movement to fight for a stable climate on all fronts.

Friends Joined Us in Raising a Glass to 20 Years of Climate Action!

THANK YOU TO OUR SPONSORS 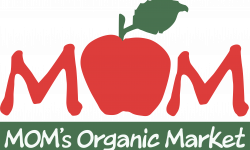 THANK YOU TO OUR HOST COMMITTEE 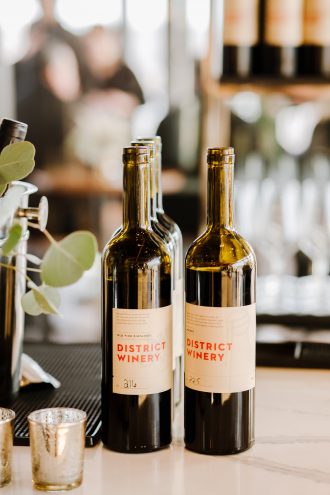 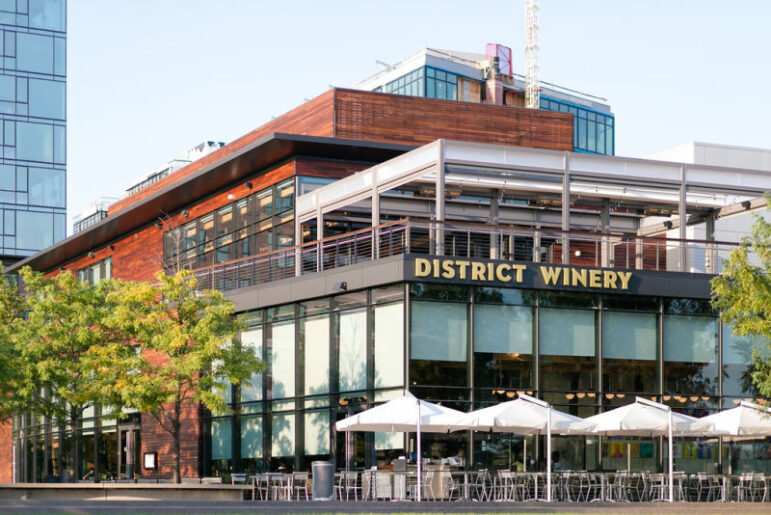 How to Get to District Winery:

By Metro: District Winery is a short 7-minute walk from the Navy Yard Metro stop. Take the Metro Green Line to the Navy Yard Station. Exit toward NW corner of M St. at New Jersey Ave. SE (opposite side of Nationals Stadium). Walk south on Canal St SE, turn left at Quander St SE, turn right on 3rd Street SE, take a left on Water Street SE., District Winery will be on the right-hand side. Please see the map below for more information.

If you have questions leading up to the event, please email courtney@chesapeakeclimate.org

20 VICTORIES FROM THE PAST 20 YEARS

The U.S. Congress passed landmark climate legislation that will include historic investments in the clean energy sector. Then a few days later, President Biden signed it into federal law. The Inflation Reduction Act is a $370 billion commitment to expand clean electricity and get us on the path to net zero while creating millions of jobs, lowering the deficit, and improving public health.

After years of hard work by CCAN and partners, the Climate Solutions Now Act passed in Maryland. It sets a goal of reducing greenhouse gas emissions 60% statewide by 2031 and moves us towards broad electrification of vehicles and buildings. It also invests in climate-focused jobs within the Maryland Chesapeake Conservation Corps and targets climate investments in low-to-moderate income communities.

Chickahominy Power was  a looming threat since October 2016 when the project was first proposed. It was intended to be a merchant plant – meaning that it would supply energy into the regional grid for profit but not provide energy directly to Virginia customers. Our work still continues to keep new fossil fuel infrastructure out of Virginia >>>

All of Maryland’s new state buses – 100% – will be generating zero emissions after 2022! The state has also make a commitment to plant 5 million trees before 2030, with two-thirds of the tree-planting funds going to urban, historically-redlined and economically-disadvantaged areas. Read more here.

Carbon emissions from the transportation sector account for nearly half of all emissions in Virginia. And they disproportionately affect communities of color. By passing clean car standards legislation, the General Assembly ensured that Virginians will have access to cleaner vehicles that help improve public health, protect our environment, and expand consumer choice.

2020: We Beat the Atlantic Coast Pipeline

On July 5, 2020, after six years of dedicated and powerful opposition, Dominion Energy and Duke Energy announced the cancellation of the Atlantic Coast Pipeline. The ACP would have carried fracked gas for 600 miles from West Virginia, across the Appalachian Trail and into Virginia and the Carolinas, costing the people $8 billion and visiting immeasurable harm on the communities in its path.

This historic bill reverses decades of bad energy policy in Virginia. It mandates the shutdown of most of the state’s coal plants by 2030 and all the state’s fossil fuel plants for electricity – including gas plants — by 2045. It opens the gate to the biggest offshore wind farms in America and turbocharges the spread of solar rooftops and solar farms.

Over the years, CCAN has joined with many other organizations to build a groundswell of opposition to offshore drilling in the Atlantic. More than 140 East Coast communities, including Wilmington, Virginia Beach, Charleston, and Savannah, and thousands of businesses, trade groups, and tourism associations have passed resolutions opposing Atlantic drilling and seismic testing.

These combined efforts led the Virginia General Assembly to pass a bill that blocks future oil and gas development off the state’s coastline! This was a great win for our coast and our climate.

This landmark legislation transforms the way electricity is used in Maryland, making roof-top solar power and utility-scale solar common forms of generation in the coming years. It also kickstarts the state’s offshore wind industry, with incentives for 1200 megawatts of ocean-based power. And it increases Maryland’s renewable electricity standard to 50% of the total grid by 2030 while requiring the state to examine pathways for achieving 100% clean power by 2040.

The construction of new crude terminals in Baltimore is banned! Over three years after launching a fight against a Texas oil company’s proposal for a new crude oil terminal in South Baltimore, a strong coalition of residents, advocates, and community leaders achieved a major victory for public health and safety, air and water quality, and the climate with the passage of the Crude Oil Terminal Prohibition.

100 percent of Washington, DC’s electricity will come from clean renewable power by the year 2032! This win also put in place enormous incentives for electric cars, set groundbreaking efficiency standards for existing buildings, and expanded a pollution fee on electricity, natural gas and home-heating oil. It then invests that carbon revenue in a special “Green Bank” for clean energy loans and efficiency and solar programs for low and moderate income residents.

In March 2017, the Maryland General Assembly placed a permanent ban on fracking in Maryland. This win was achieved through six years of organizing against the drilling practice from a grassroots movement that included farmers, doctors, students, faith leaders, environmental groups, and others. In the final year of the campaign, 16 municipalities across the state passed bans, resolutions or statements of support in favor of a ban on this harmful drilling practice.

In June 2016, the District of Columbia Council unanimously approved the Renewable Portfolio Standard Expansion Amendment Act of 2016, which expanded D.C.’s clean energy target to 50 percent by 2032. At these new levels, D.C. is now on par with other state clean energy leaders like California, New York, and Oregon in regards to RPS goals. Not only does the law increase the renewable requirements, but it also extends the alternative compliance payments for utilities that don’t meet these standards.

CCAN activists were instrumental in leading the grassroots backlash to the annual $64 tax on hybrid vehicles that had previously passed the Virginia General Assembly. More than 7,700 owners of Priuses, Civics and other hybrids joined with environmental activists in a petition drive seeking a reversal of the fee. It worked and the repeal passed with bipartisan support.

Since 2010, CCAN worked with the community in Frederick to fight the proposed waste-to-energy incinerator on the shores of the Monocacy River. In a 3-2 vote, Commissioners President Blaine Young and commissioners Kirby Delauter and David Gray voted to kill the $471 million incinerator project by canceling the contract and related permits.

On September 23, 2010 at St. Paul’s by-the-Sea Episcopal Church in Ocean City, Maryland, CCAN and other advocates held our first town hall in the campaign to bring offshore wind power to the state. Over two and a half years later, on April 9, 2013, Maryland Governor Martin O’Malley signed the Offshore Wind Energy Act of 2013 into law. This landmark legislation will put Maryland on the path to tapping our vast wind energy resource, by incentivizing over 200 megawatts of wind power ten miles off the coast of Ocean City. This is just the first step toward a goal of over 1,000 megawatts of ocean-based wind development in coastal Maryland.

One of the most aggressive energy efficiency laws in the country, EmPOWER directs Maryland utilities to reduce per-capita electricity usage and peak demand by 15 percent below 2007 levels by 2015. (In 2017, new EmPOWER Maryland legislation aimed at reducing Maryland’s electricity usage 25 percent by 2020.)​

Maryland passed one of the strongest air pollution standards in the country. It required a 70 to 80 percent cut in ozone and mercury emissions by 2013.  It also directed Maryland to join the nation’s first and strongest regional cap-and-trade program, the Regional Greenhouse Gas Initiative (RGGI) in 2007.

Building on the success of Maryland, CCAN helped achieve another legislative RPS victory in the neighboring District of Columbia. The new law required up to 11% of the Nation’s capital electricity to come from renewable sources by 2022.

CCAN’s first major legislative battle: Maryland’s RPS was signed into law in 2004. It required 7.5% of Maryland’s electricity to come from renewable sources by 2019, and its passage marked the beginning of the modern clean energy movement in this region.